One of our members has recently contacted Robert Courts MP, Member of Parliament for Witney and West Oxfordshire, about pollution in the Windrush. Here is his response;

“Robert wholeheartedly shares your concern about sewage overflows and has been working closely with local campaign groups, such as WASP, to address this issue. Robert is a passionate conservationist and take a deep interest in this issue, fully recognising the importance of ensuring clean and healthy rivers.

It is for this reason that he has been dedicated to championing the campaign on this issue and I am glad to say huge progress is being made.

I am pleased to inform you therefore that the Government announced last month that measures to reduce sewage discharges from storm overflows will be put into law, as part of an ambitious agenda to build back greener from the pandemic.

Reducing the reliance of water companies on storm overflows is vital in helping to cut pollution in waterways and earlier this year the Government announced it was working with Robert’s Conservative colleague Philip Dunne MP on the shared ambition to tackle sewage pollution in our rivers, following the introduction of his Private Member’s Bill in 2020. Significantly, the Government recently announced a generational ambition to end pollution from storm overflows.

This will create three key duties to oversee some of the changes needed to improve our water environment:

• a duty on government to publish a plan by September 2022 to reduce sewage discharges from storm overflows;

• a duty on government to report to Parliament on progress on implementing the plan; and

• a duty on water companies to publish data on storm overflow operation on an annual basis.

This is a big positive step forward in Robert’s campaign to tackle river pollution in West Oxfordshire.

Robert will, of course, also continue to pressure Thames Water and the Environment Agency to deliver the urgent infrastructure upgrades which are required in West Oxfordshire. The report on the River Windrush turbidity study, undertaken by the independent UK Centre of Ecology and Hydrology due to Robert’s recommendation, was published recently. The study’s findings are very interesting, with the evidence suggesting that sewage is not the primary cause of the turbidity issues in the river. UKCEH pointed out that more work is needed to understand specifically what the primary cause is, and this potentially includes urban and agricultural run off, leaking pipes and the precipitation of calcium carbonate. Please be assured that Robert is continuing to work closely across all of these issues impacting the health of our rivers.

Together, the combination of national and local progress represents a huge step forward in ending sewage pollution and improving the health of our local rivers. While welcoming the success of our campaign so far, please be assured that Robert will continue to drive progress until we can all enjoy clean and safe waterways.

I do hope that you find this positive update and information useful. For further information on all that Robert is doing on this issue, please visit his website here: www.robertcourts.co.uk/rivers“. 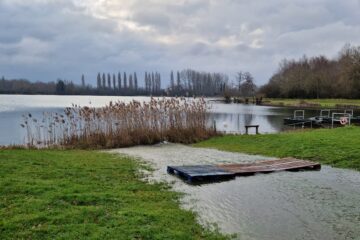 With so much wet weather recently, Darlow is currently in flood, but the good news is that the bank repairs to the bypass channel seem to be holding up and we are not seeing water Read more… 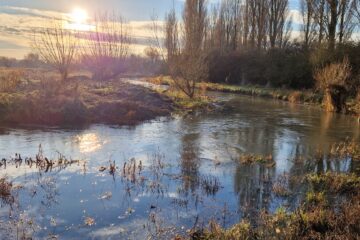 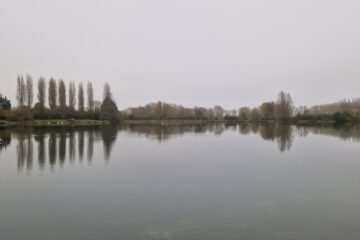 The latest water quality measurements taken today all look normal and the temperature is now well below 10 °C. There is perhaps a slight increase in phosphates, but very small, and should not be a Read more…