This year the club has decided to employ a contractor to help clear some of the vigorously growing aquatic weed from the lake. The most prolific weed seems to be a species of Elodea (probably Canadian pond weed), which has grown to several feet deep in places and may impact fishing or otherwise detrimentally affect the lake.

Canadian pond weed is a non-native species, but this weed is great for oxygenating the water during the Summer and does provide habitat for our invertebrates and cover for our fish. However, when the days shorten it will begin to die back and release the nutrients that it has taken up during the summer back in to the lake. As it rots down it may also contribute to the build up of organic silt, make the chalking less effective and lead to a reduction in the amount of oxygen in the water. Removing it clears the swims, so benefitting the fishing in the short term, and reduces the nutrient burden in the lake, so should also benefit the lake in the long term.

If successful, and we see no adverse effects, we will consider this for future seasons, alongside chalking, as a method of counteracting the accumulating silt problem. 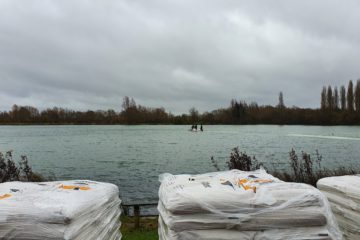 *******Please note updated dates******* Darlow Water will be temporarily closed to fishing for 3 days, 16-18th November, to allow the annual chalking to take place. Access to the lake grounds will be very restricted during Read more…

Thanks to everyone (tireless Committee members included) who helped with the access road repairs last weekend. All large potholes now filled. Please drive slowly along the track so the repairs can last as long as Read more… 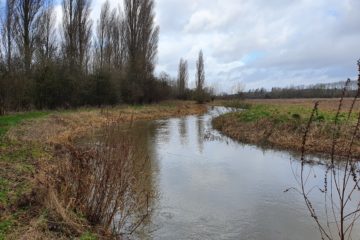 Preparing for the 2022 season

Today, we stocked 200 very good-looking rainbow trout in Darlow. The lake now contains between 300-400 trout ready for the new season, starting on 01-Mar-2022. We have more fish to follow! The good news is Read more…